Texas Leadership is Out of Touch...We Must Not Be Silent! 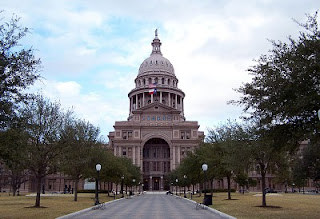 My highlights from an article published on the San Antonio Express-News website.
If the disconnect between our state's leadership and the realities faced by Texas public schools wasn't obvious before, it is now. I hope my fellow Texans are communicating with their representatives. There is evidence that more moderate Republicans are seeing the light. It's going to take them to make any kind of headway with the current budget crisis and needed school reform.

It's hard not to give up hope in the face of everything that is going on. But please don't. Please make your voice heard. The children of Texas aren't old enough to vote and tell our leaders what is necessary. We need to speak for them. Please contact your legislators and Governor Perry today!