We Are Strong: The United States After September 11th

These acts of mass murder were intended to frighten our nation into chaos and retreat. But they have failed. Our country is strong. - President George W. Bush, Address to the Nation, September 11, 2001 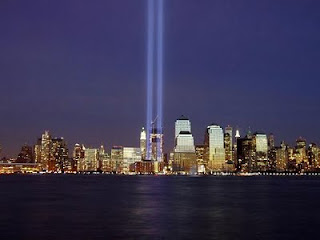 Ten years after the words above were first spoken, they have been proven true over and over again in large and small ways.

These are some of the ways I noticed their truth just today.

I started this day watching coverage of September 11th Tenth Anniversary events in New York. I heard stories of the incredible care and thought that had been put into the placement of the names on the National Memorial at the former Ground Zero. Family requests to list names in certain places, perhaps close to colleagues or fellow first-responders, had been honored. Relatives of those lost to the terrorist attacks ten years ago were the first allowed into the memorial; it will not open to the public until tomorrow. We are a nation which affords dignity to and understands the needs of the grieving. Our compassion makes us strong.

Story after story after story of ordinary people who put others before themselves on that horrific day, too many times paying the ultimate price because they had done so. We are a country that raises up people who unselfishly serve others when the need is great. Our servant hearts make us strong.

I went to church this morning, where the first thing I noticed when I walked in the door was a large table full of donations for families affected by wildfires that have raged across Central Texas over the past week. Our willingness to meet the needs of strangers in dire circumstances makes us strong.

As part of our worship service, we watched a reflective video on the events of September 11th, and we prayed for God's continuing mercy for the families and the country forever changed by those events. President Obama made no speeches at the 9/11 Anniversary events in New York today, but simply read aloud Psalm 46. A large proportion of our citizens are religious people who acknowledge that as humans we do not have the wisdom, understanding, or resilience in and of ourselves to persevere under great adversity. Our faith makes us strong.

I enjoyed lunch out with friends, laughing and discussing plans for vacations and new homes and schoolwork. I observed similar groups around us at the restaurant, and later as I stopped at Starbucks for a coffee. Regular people going on with their daily lives, enjoying one another's company and talking of the things that are important to them. Carrying on makes us strong. 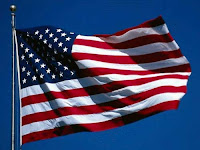 There is no doubt September 11th forever impacted our country. In terms of human lives alone, nearly 3,000 people were killed that terrible day, and over 6,000 of our brave volunteer military members have paid the ultimate price as a result of events set in motion ten years ago.

There is also no doubt that the purpose of the evil visited on us that day has not been realized.

I am proud of my country today and blessed to be a citizen of the United States of America. We will never forget, but we will continue to press on.

Resources for Teaching About September 11th 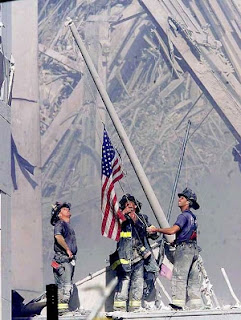 With the 10 year anniversary of September 11th just one week away, it is difficult to imagine any classroom in the United States not discussing a day that challenged and in some ways forever changed our country. It is possible that the events of September 11th will be discussed in other parts of the world, too, as most parts of the global community were eventually touched in some way by the events which transpired that fateful Tuesday.

For those of you who work directly with K-12 students, it will be an interesting challenge to present what for a few of them is an indistinct early childhood memory and what for most of them is truly a historical event. As I reflect on this, I think of the desire I have often had to understand what it was like living in the time of Pearl Harbor, World War II, or Vietnam, and of the loved ones and teachers who tried to answer my questions and  explain things to me over the years. Still, I know I will never grasp fully what it was like to BE there and experience directly the political and social climate of the day.

I struggle similarly with how to convey thoughts, feelings, and experiences to others too young to remember the day that I was certain I was witnessing the beginning of World War III. One advantage we have just 10 years from September 11th in the Internet era is copious media to rely on for helping children understand. In many cases, the faces who reported the events are faces they still know, and this, too, provides a more immediate connection.

And of course, many of you will want to also focus on how we have moved on and must continue to move on. What lessons were learned and what our future leaders - the children you teach each day - can do to continue moving us forward.

Several educational blogs have been posting resources for addressing the topic in classrooms. I hope you will find their resources, along with a few I've found on my own, helpful as you plan to address this topic late this week or early next week.

Resource Links
NOTE: All links below were verified on 9/2/12

In all of the links I've been browsing in preparation for this post, these videos stuck out to me in capturing the essence of the day.

September 11 Summary of Breaking News Coverage from Around the World

The first video is from the Television News Archive. It is just under 30 minutes long and covers the events of the day through clips from multiple news sources, including sources outside of the United States. I believe part of its impact comes from the fact that it starts with the routine Today Show opening segment. A full explanatory timeline of the video can be found underneath its original posting on this page.

The second video appeals to me because it provides a summary of the day from outside our borders.


Man in the Red Bandanna

In the midst of the evil and tragedy, there were innumerable acts of courage and self-sacrifice.


I Am an American

September 11th was devastating, but we persevere. I love the quiet dignity of this 60 second PSA.

Where we are today...

How Are You Addressing the 10th Anniversary of September 11th?

How are you or your school addressing the upcoming anniversary? Please share your ideas in the comments, including links to any resources you recommend.