The following was written as a reflection on what I learned during the second week of the Teaching With Technology course I am currently taking as part of my masters in educational technology leadership program. 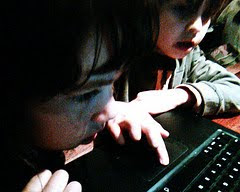 During the second week of the Teaching With Technology course, I learned the most from the research studies we read such as Michael S. Page's Technology-Enriched Classrooms: Effects on Students of Low Socioeconomic Status from the ISTE Journal of Research on Technology in Education (2002) and John Schacter's The Impact of Education Technology on Student Achievement: What the Most Current Research Has to Say from the Milken Exchange on Education Technology (1999). Page's work included an overview of prior studies of educational technology's impact on student achievement and then went on to detail his own study of the achievements and classroom interactions of 211 third and fifth grade students, half of whom were learning in classrooms that were not integrating technology, and half of whom were learning in classrooms with multiple technology resources as well as teachers who were thoroughly and continuously trained in the use of the technology they had been provided. I was encouraged by Page's findings which concluded that when compared to their counterparts in the non-technology infused classrooms, the students in the technology-enriched classrooms posted higher math achievement scores, showed higher self-esteem levels, and participated in a significantly more student-centered environment. As an educator, I have informally observed such results on a regular basis, and it is empowering to be able to point to specific research that demonstrates technology's positive impacts on student learning.

Likewise, all of the summaries in Schacter's work were interesting and demonstrated various instructional benefits of educational technology. I was particularly intrigued by the West Virginia Basic Skills/Computer Education study by Dale Mann (1999) which Schacter referred to. The finding that "Consistent student access to the technology, positive attitudes towards the technology (by both teachers and students), and teacher training in the technology led to the greatest student achievement gains" (1999, p. 6) was again reaffirming what I have come to know as best practices in the use of technology in instruction. I wanted to know more specifics about the West Virginia BS/CE initiative, so I did some looking around the Milken Family Foundation Website and found West Virginia Story: Achievement Gains from a Statewide Comprehensive Instructional Technology Program (Mann et. al. 1999). Upon skimming the information, I discovered that the State of West Virginia started to infuse classrooms with computers beginning with Kindergarten classrooms in 1990-1991, and moving the initiative up one grade level during each successive year throughout the elementary grades. Teachers were thoroughly trained in the use of the technology as it was implemented. It turns out that the specific software the teachers were trained in was primarily a drill-and-practice approach aligned with West Virginia's basic skills goals, making it easy to correlate the infusion of technology and teacher training directly to increased standardized test scores. These were interesting and encouraging findings which led me to wonder if any studies had been done since the late 1990's or early 2000's on the impact of technology on student learning, particularly since it has been since 2000 that Internet use and the read/write web have become mainstream. I put a request out amongst the edtech professionals I network with on Twitter, and Teri Wilkins pointed me to Technology in Schools: What the Research Says 2009 Update, an overview of recent educational technology research which seems to be similar in design to Schacter's work. I have not had time to delve into this promising find, but I look forward to reading it and finding out what more recent studies have to say about educational technology impacts on student learning. The next question I'll be looking to answer is, "If we have studies going back at least ten years showing that thorough teacher training and consistent student access to adequate technology resources positively impacts student learning, why are we still struggling with how to properly implement instructional technology in our schools?" 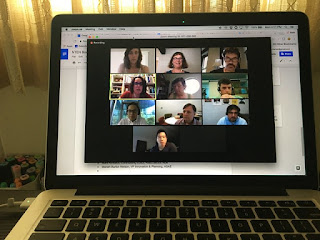