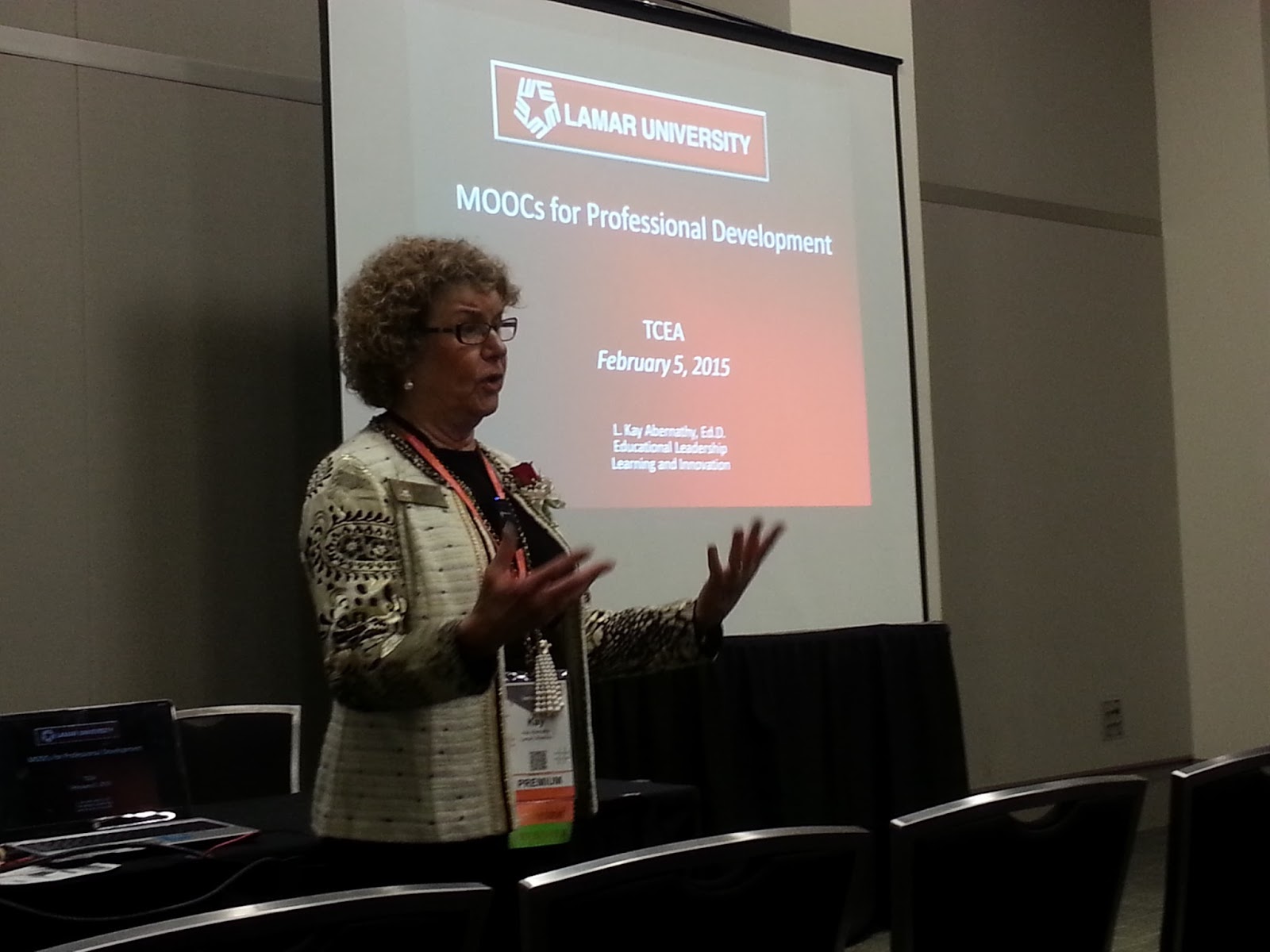 Notes from MOOCs for Professional Development Presentation at TCEA 2015


Lamar University sponsored the MOOC on Social Media Communication Tools for Educators which Dr. Abernathy facilitated. It was free, but offered a certificate of completion. Participants can later pay a fee to get college credit. Partial purpose was to recruit future students for online masters programs.

Built in openeducation.blackboard.com. You can build up to five MOOCs for free on this platform.

Dr. Abernathy also put all of the course information in her Word Press blog. She said we can use it!

What is a MOOC? - Massive Open Online Course
Video Explanation by Dave Cormier

MY THOUGHT: K-12 could really benefit from all the MOOCs out there in Coursera, edX, Canvas, etc, by allowing teachers to gain PD credit for completing them! 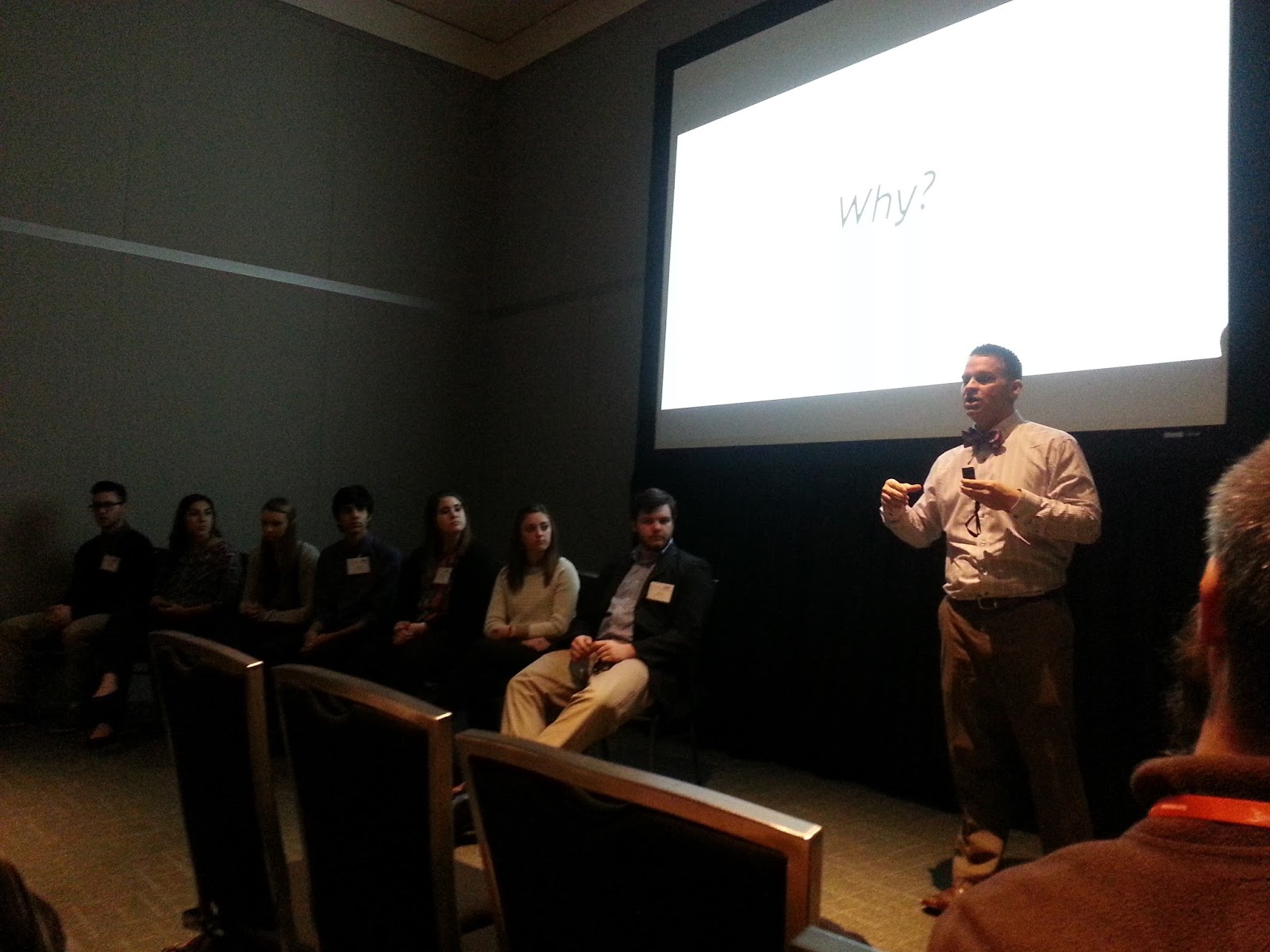 The most important voice in our educational community is our students. It's also the least heard voice. Students have incredible things they want to accomplish and want to see done, but we often don't take time to listen to them.

Live has changed drastically since most of us were in the classroom as students.

Through strategic planning, Royse City did a number of things to involve people in decision making processes in the district. They had many advisory teams, but felt like they were missing student voice. After year one of planning, they formed a student advisory team.

Students help us keep connected with our Why.

Talked with students on the advisory panel about 21st Century learning. We know best practices, but if they aren't connecting with students, they don't matter. Found out in some settings where we think something isn't a best practice, it might be. For example, they found out some teachers were really good at lecture and students liked it. Also found that some students prefer the AP route over dual credit because of the rigor of the learning.

Listen. But just listening isn't enough. We have to respond. What we hear should influence decision making. 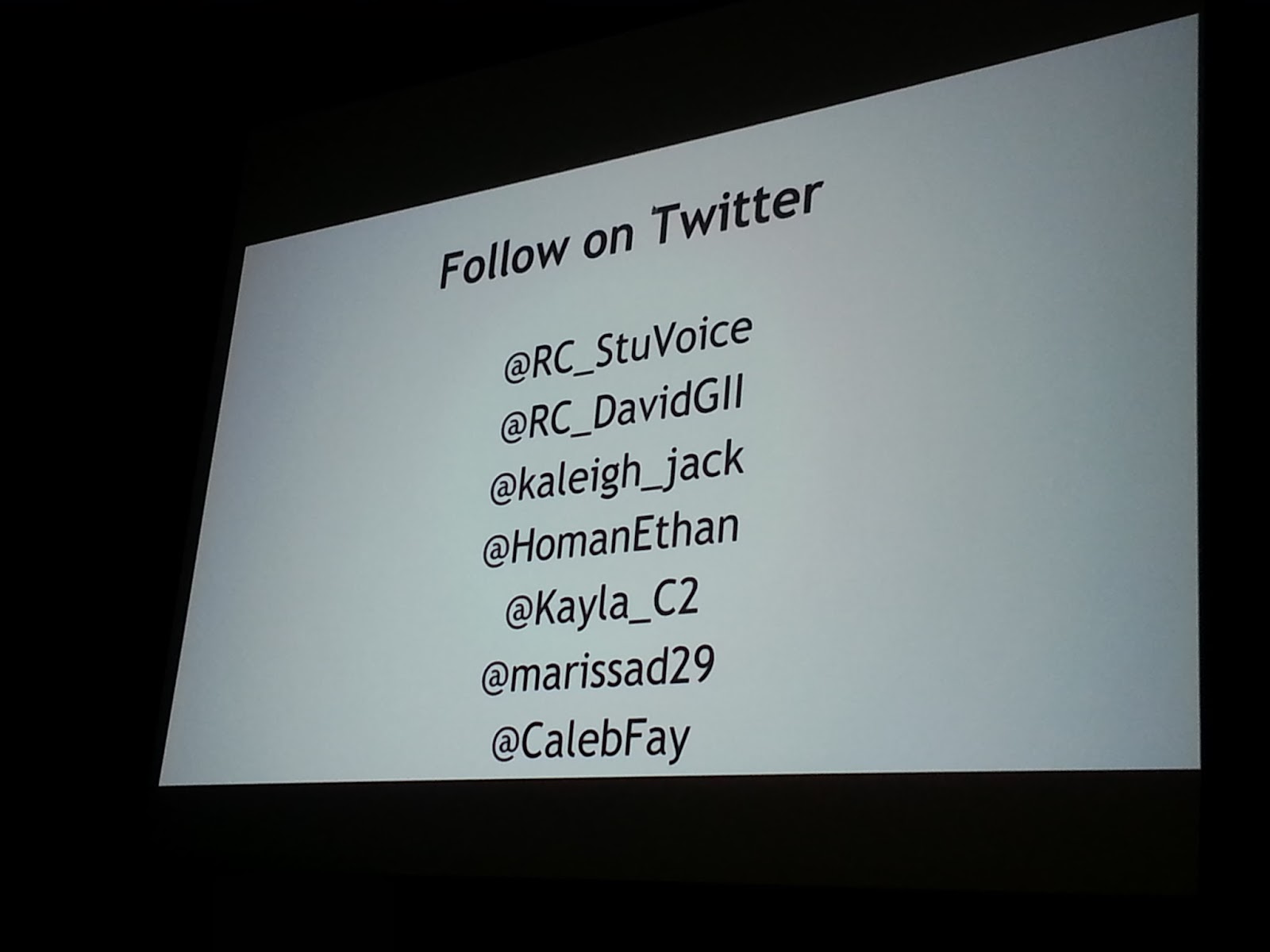 Questions for the Student Panel

Who is on social media?

Who is listening when you're on social media?

Compared to other high schools, Royse City High School has many more followers. Twitter is engrained in the culture at Royse City.

How do the students feel they've influenced their teachers in the use of social media and technology?

Do you want adults to interact with and comment on your social media? Your parents?

Does knowing your school admins or parents are following them on Twitter make you think twice about what you post or make you want to go elsewhere to post?

What advice would you give to parents and teachers of younger students regarding introducing social media to them and using it properly?